Paulsboro will be making its 14th consecutive appearance at Escape the Rock.  The Red Raiders best finish was 2nd in 2007.

The Paulsboro wrestling program, established in 1938, is one of the country's most historic.  In 2011, the Red Raider's became just the 3rd wrestling team in the country to record their 1000th win.  Paulsboro was undefeated in conference competition for 37 years between 1971 and 2008, recording 307 straight victories.  During that time the Red Raiders won 25 consecutive NJ State Group champions - at that time the longest streak in the nation for any sport and only 3 programs in the country have won more state titles in history.  Paulsboro's state title in 2019 was their 32nd NJ state title.

Individually, Paulsboro has had 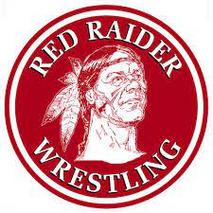