The program was started in 1947 by assistant football coach Gust Zarnas, a former All American offensive lineman at Ohio State and a member of the College Football Hall of Fame. Dick Rutt was Easton's first state champion, winning the 105-pound weight class in 1949. From 1948 to 2015, Easton crowned at least one champion at the District 11 Tournament in every season, setting a Pennsylvania record known as The Streak. Former Easton coaches John Maitland, Dave Crowell, and Steve Powell are all members of the National Wrestling Hall of Fame. Powell retired in 2016 after 32 years as the head coach with a career record of 532-126-3, four state championships, and four state duals championships. His eight combined state titles are the most of any coach in Pennsylvania history.

Since the PIAA began crowning a team champion at the state tournament in 1976, Easton has won six state championships (1981, 1983, 1996, 1997, 2001, 2002) and finished in the top five eighteen times. Pennsylvania added a State Dual tournament in 1999, which Easton won four years in a row from 2001 to 2004. Easton has been to the State Dual Finals eight times, a PA record, and their four championships are tied for the 2nd in state history. Since the advent of national rankings by publications such as Amateur Wrestling News and Wrestling USA, Easton has been a consistent presence in the national rankings. In 1996, 1997, 2001, and 2002, Easton was the #1 public school wrestling team in the country. Easton finished in the top five nationally in 1996, 1997, 2001, 2002, and 2004 and earned national rankings fourteen times between 1989 and 2011. Additionally, Wrestling USA named Easton the third-best high school program and best public school program in the nation during the 1990s. 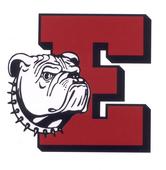