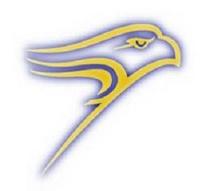 Council Rock South opened its doors in the 2002-03 season and by 2005 was crowned PIAA AAA State Champions.  During their 17 years of existence the Golden Hawks have finished in the Top 10 of the PIAA state tournament nine times.

Council Rock South has won six Southeast Regional titles, 11 District titles and 143 league titles.  South finished 2nd in the inaugural Escape the Rock dual tournament and has recorded 9 Top Ten finishes including a title in 2007 and a 3rd place finish in 2016.

Council Rock South has had 84 state qualifiers, sending a wrestler to Hershey in all 17 years of its existence, and 42 state medalists, at least one in the last 16 consecutive years.  The Golden Hawks have already crowned 9 PA state champions and had 5 Dapper Dan selections.  Other notable individual achievements in their short history include 33 SE Region champs, 561 District I champs and 59 Academic All Americans.