Central Mountain returns to Escape the Rock after having last competed in 2015. The Wildcats were champions of the 2009 Escape the Rock Tournament. Wildcat Brian Brill is one of two 3x ETR champions in history, while Dylan and Andrew Alton each won two belts apiece.

Central Mountain has had 72 state qualifiers, 29 state medalists and 6 PA state champions since opening their doors in the 1999-2000 season. The Wildcats were crowned PIAA AAA state champions in 2010. 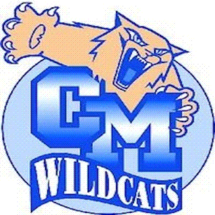