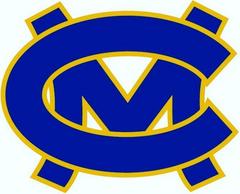 Canon-McMillan will be making their 4th appearance at Escape the Rock.  The Big Macs best finish was 4th in 2017.

Canon-McMillan is one of the most historic wrestling powers in Pennsylvania and is tied for 5th all-time with 4 PA AAA State tournament titles, including three in a row from 2011 to 2013.  Canon-McMillan also won consecutive PA AAA State Dual titles in 2012 and 2013. The Big Macs have also won 9 WPIAL team titles.

Canon-McMillan has qualified 184 wrestlers for the PA State Tournament and has sent a wrestler to Hershey for 51 consecutive years, tied with Easton for the most in Pennsylvania history.  The Big Macs 103 PA state medalists are 5th all-time in PA history, while their 25 PA state champions place them in a tie for 8th on the all-time list.